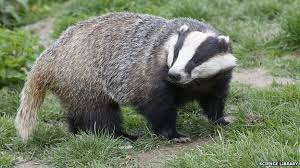 Cynan Jones has painted a realistic and beautiful picture of his native Welsh countryside in his 2015 short novel, The Dig. Although the story revolves around two lonesome doves, a sheep farmer and an unnamed badger hunter, Jones describes the ‘scape, flora and fauna of Wales through the eyes of an indulgent son of the soil. Themes of loss, loneliness, entrapment, helplessness and inevitability of death and destruction are present throughout the narrative.

The Protection of Badgers Act 1992 bans this blood-sporting activity that involves trapping, injuring, killing or taking the animals or disturbing their setts in southern Wales. Even rearing and training of hunting dogs for the purpose of hunting badgers is a punishable offence. Yet the activity still persists in Wales for want of proper data collection and effective enforcement.

But what are badgers?

They are short-legged omnivorous mammals, and include weasels, otters, ferrets, skunks and honey badgers, and are chiefly found in America and Europe. They are quite docile, but fight fiercely when cornered. This led people to capture and box badgers and then wager on whether a dog could succeed in removing it from its refuge. Watching helpless animals and women struggle against impossible odds holds special attraction for men. Heavens help if the cornered souls manage to hold their own against men’s instruments of oppression!

The unnamed big man, who brought a sense of harmfulness even in inanimate things about him, knew every nook and corner of the countryside where badgers could be found, yet kept maps with elaborate markings as a fad of his. He reared ferocious hunting dogs that assisted him in his illegal activities.

Daniel, the sheep farmer, had recently lost the love of his life, his comrade, his wife and dealt with his loss and loneliness by working long hours and late into the night, and taking care of his ewes and lambs. He comes across as irrevocably broken by the suddenness of her demise, and emanates signals to the effect that he stands on the precipice of an inevitable personal downfall. Is he a cornered badger, the hunter being patient, relentless and ruthless. What was the big man after? Why did he lay trap for the farmster?

In a very poignant episode in the novel, Daniel helps an ewe with lambing, a process which gets very bloody, complicated and eventually tragic. Daniel invests all the remaining hope of his life into this lamb and wills him to survive, but odds were always stacked against the weakling.

Like the badger hunter, the sheep farmer was also intimately familiar with the shape of lands that attached to each farm and called back the names of each property he knew as if he were noting constellations. Both were hopelessly lonely, and resigned to their tragic fates. The farmer had no way to get over his loss and perhaps had no stake left. The hunter was aware that cops shall get him someday for his crimes.

The Dig is about trapped lives on farms and in country-sides, and that includes not just the farmer and the hunter, but also hunting dogs and badgers, who are all grappling with the hopelessness and misery of their existence. Is  there is no way out of this vicious circle?

Cynan Jones’ prose is very muscular, and his metaphors are evocative through which he manages to draw Eliot-like contrasts. There is a bit of Steinbeck in his imagery, which is another way of complimenting Jones for his authenticity. He has experimented with sparse punctuation in The Dig which has had quite a releasing effect on his prose. Here is an author who is poised for a take-off to the top league.